Last week was the end of my 1 year assignment with Shopify in their Stockholm office, cut a little short thanks to COVID-19. I’d like to share my thoughts on the experience, how living and working abroad for a year went, and why I’ve decided to come home now.

How’d it all begin?

It was actually right around this time last year that a recruiter reached out in the iOS slack channel at Shopify, outlining an opportunity for a 1 year assignment working abroad in Stockholm with the Arrive team. The assignment was as a native iOS developer on the React Native Arrive app, building out native components that needed improved performance. I applied, interviewed with the team, and everything was a go.

Over the next few months we applied for a visa, I said my goodbyes, and on September 22nd, I landed in Stockholm. I arrived in the early afternoon, and, as I always do when I get to a new city,I headed out for a run. 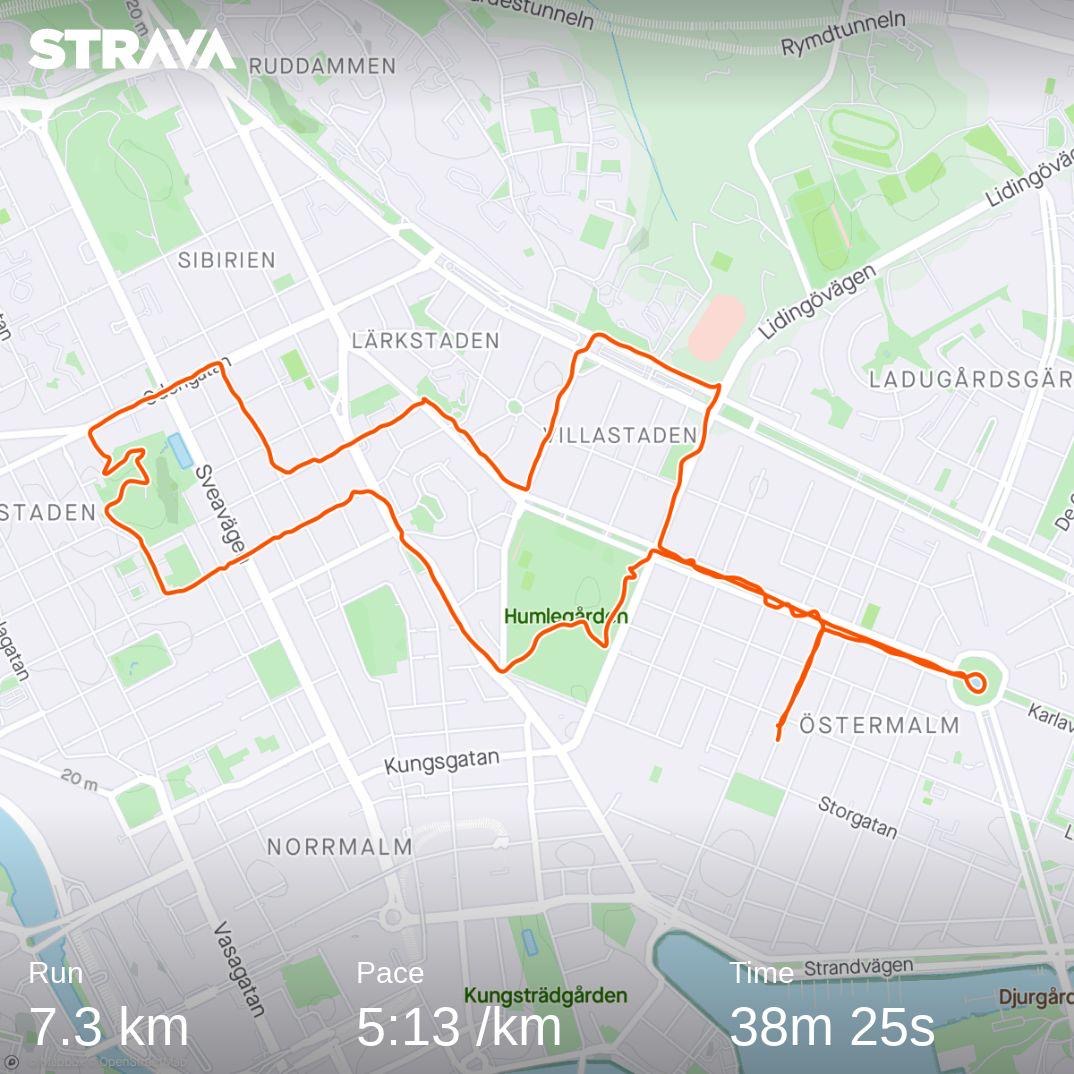 Strava map of my first run in Sweden

I started work the next day, meeting my team for the first time. The Shopify office in Stockholm was primarily composed of employees that had joined when their company, Tictail, was acquired the November prior. I met my team, a small group of individuals working on the React Native app, Arrive. Arrive was a package tracking app that was meant to work seamlessly with orders you placed anywhere on the web, pulling in details about your purchases from your emails, and offering automated tracking updates.

My first impression of the team and the office was overwhelmingly positive. They were warm, welcoming, and I was looking forward to spending the next year working among them.

I think one of my favourite things about Shopify’s Stockholm office was how small and tight-knit the group was. Most of them had been working together for years before they joined Shopify, and had strong relationships with one another. With the office being only one floor, it meant you could run into anybody and everybody at any time of day. I quickly became acquainted with everybody, and started making new friends. It took some time, but eventually, I started to feel like I could be part of that tight-knit group.

Working on the Shop app

Remember when I mentioned that I had been hired to work on native components for the React Native Arrive app? Well, that was the original plan in May, but by the time I actually started in September, there had been a huge shift. Instead, there was going to be a much heavier focus on React Native, and I was going to have to start learning!

Thankfully, I had already done some exploration of React Native on my own, through developing the Campus Guide app, as well as a number of other small personal projects over the course of a couple years. I was no stranger to React Native, or TypeScript. Which meant onboarding onto my new team went much smoother than it otherwise might have!

Over the next few months, our team would overhaul much of the architecture in the Arrive app, redesign the most used screens, and eventually rebrand it as Shop app.

It didn’t take long after my arrival before I started falling in love with the city. It reminded me a lot of Ottawa — similar temperaments, similar temperatures, a similar feeling of a large city sprawled out over tons of land. The architecture was beautiful, my walk from home to work each day passed by stunning buildings and a grand park and library. Everything I could have wanted in a city that never got too hot or too cold — trails to run, museums to explore, short flights or train rides to every city in Europe (I only wish I had taken advantage of the latter more).

Here’s some insight into my favourite activities and places around Sweden (note that they’re all pretty active activities).

Stockholm is a fantastic city for running. There are parks and trails all throughout the city, waterfront paths accessible from anywhere, and transit to some of the larger parks outside the city centre. There’s a lot of variety in the running paths as well, from quiet city streets, to hills that overlook the city, and flat, fast paths between the islands.

Here are some photos from my favourite places to run in Stockholm: 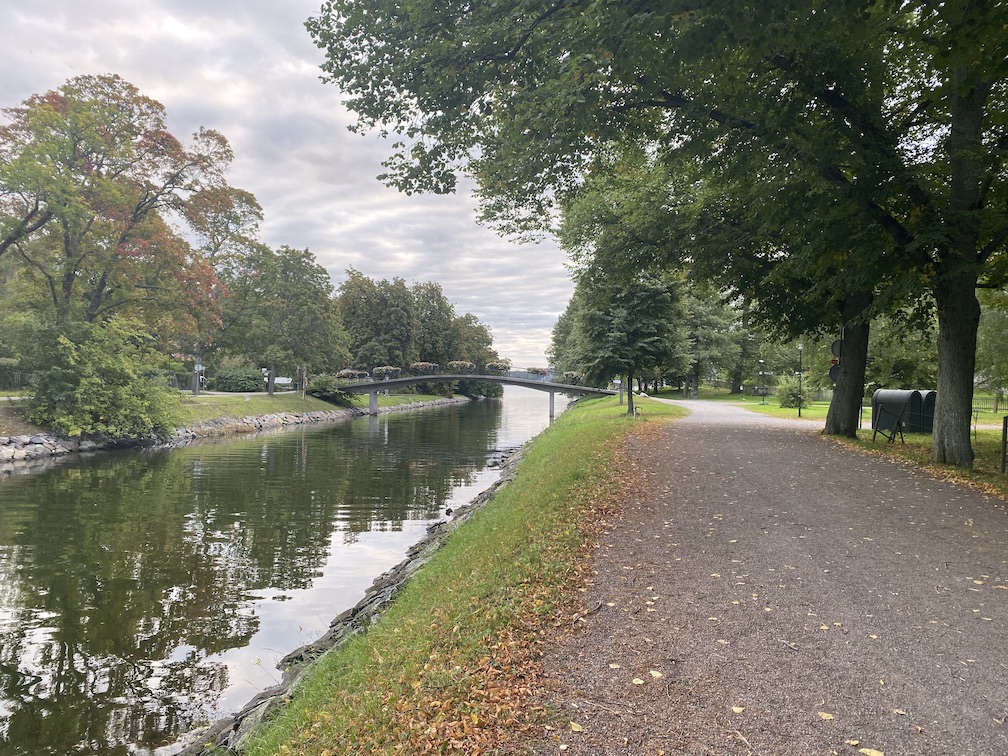 Djurgården became one of my favourite places for daily runs in Stockholm. It’s a quiet place with little car traffic. One side of the island is rife with interesting and unique museums, such as the Vasamuseum, and the ABBA museum, while the other side is filled with open space and beautiful waterfront homes. There’s a path that runs around the perimeter of the island, as well as a number of trails that run through the middle. 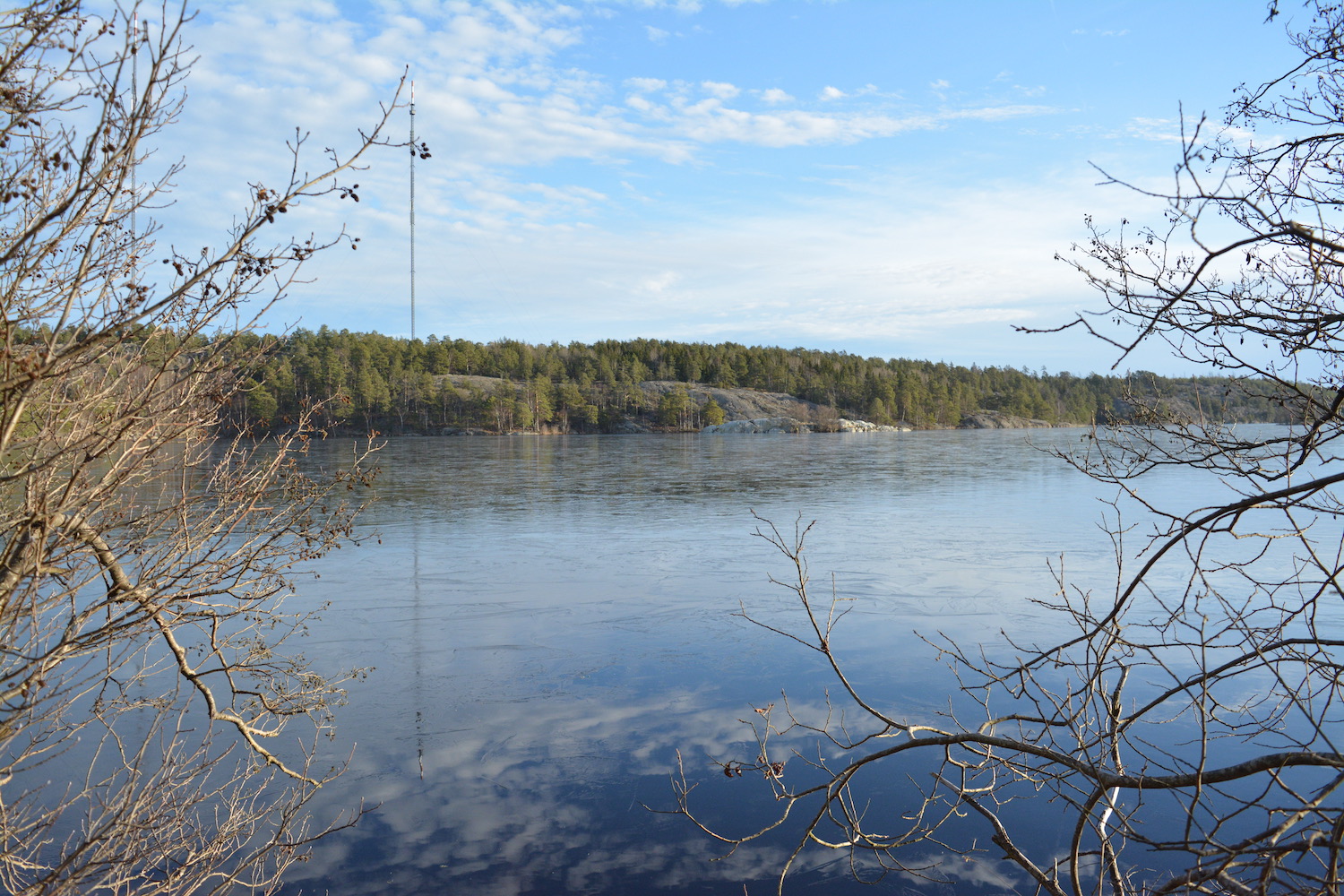 Hellasgården is just outside the core, easily accessible by transit, and felt remote and freeing. The bus drops off just outside a sauna and small café, and a number of trails branch out in every direction. My favourite was a ~5km trail that hugged the lake and gave some tough terrain, some beautiful views, and a good workout. 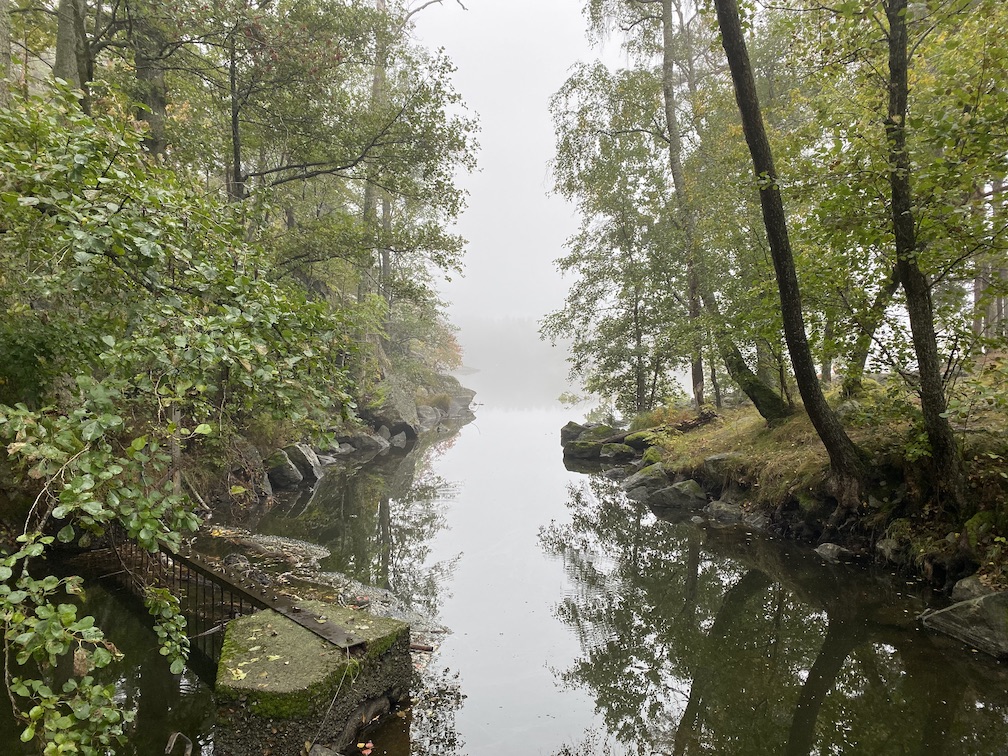 I only ever made it to Tyresta park twice, one for a run and once for a hike, but it left an imprint. The park is at the city’s edge, and covers a huge expanse of land. I’ve entered from the northern side, as well as the eastern side, and both felt like totally separate parks, with tons of trails. Transit wasn’t quite as convenient, and I didn’t want to end up caught out there in the cold, so I was waiting until it warmed up before heading back (and I’ve ended up leaving before I ever could).

Another one of my hobbies is cross country skiing, and Sweden host one of the most well known races each year — Vasaloppet. It’s a 90km point-to-point classic ski race that takes place sometime around the beginning of March. My best friend, Cam, and I have been skiing together since the 9th grade, and we decided we’d tackle this event together. Unfortunately, we’re both skate skiers, and skate skiing wasn’t allowed at the traditional Vasaloppet race, but there was an alternative race, Nattvasan, that allowed for skate skiing. Nattvasan follows the same course as Vasaloppet, but takes place overnight, with a start at 8pm, after the sun is long gone in Mora, Sweden.

We opted for the 45km version, since we really weren’t sure if we were in the right shape for a 90km ski race. It ended up being an absolute blast. It was an incredibly cool experience skiing by headlamp, with hundreds of other skiers all around us, their lights bobbing up and down on the course ahead of us. 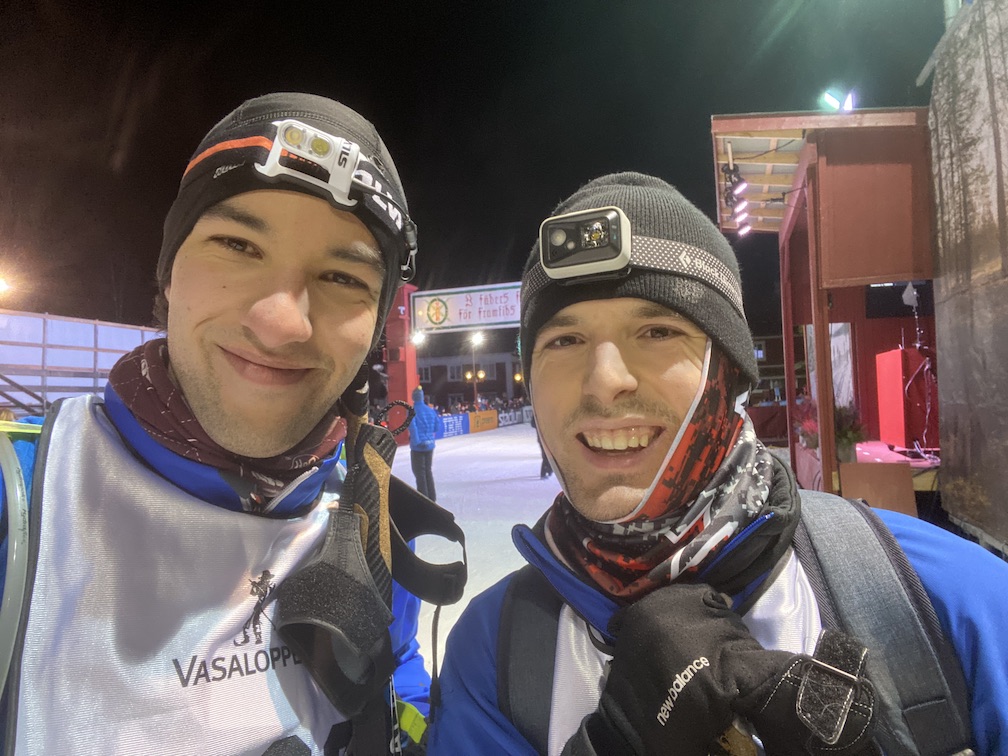 Cam and I at Vasaloppet

Vasaloppet was certainly one of the highlights of my time in Sweden — so much so that I’m already signed up for next year’s event! I’ll be taking on the full 90km next year, which also means learning to classic ski by then.

Like I mentioned in the introduction, this was meant to be a 1 year assignment, but in the end I’ve returned home after 8 just months. Unfortunately, living and working in near isolation hasn’t been healthy for me, and I couldn’t stay sane much longer. It’s been nice to be back home, to see my girlfriend, Steph, and to hopefully see some friends when the COVID situation improves.

Getting the go-ahead to return was fairly simple — Shopify is full of people that just want to see you succeed. I spoke with my lead about my concerns over a few weeks in our 1:1s, and I finally explained that I felt it was in my best interest to return home. He got started on the process right away, and within a few days I had a flight booked 2 weeks from then.

It’s sad, to see this chapter of my life come to a close sooner than expected. But I’m looking forward to what’s in store for me next. On the radar: returning to a new team structure in Ottawa, and an upcoming move to a newer, larger apartment in July.