This past weekend, I tackled a challenge I’ve had for a while: attempting the Grouse Grind. For those unaware, the Grouse Grind is a hike up Grouse Mountain, a mountain at the northern edge of North Vancouver. According to their website:

I went with my friend, Elisa, who’s been staying in Vancouver for just 3 months. We weren’t entirely sure we’d have a chance to do it this weekend, after it started raining for the first time in 45 days in Vancouver! We passed on going Saturday, when it rained all day. But when we woke up Sunday, it was cloudy, but no forecast of rain, so the challenge was on!

To reach Grouse Mountain, and the start of the Grouse Grind trail, we took 2 buses from downtown: the 246 to Highland, then switched at Capilano & Paisley, to the 236 to Grouse Mountain. The trip took about 45 minutes, faster than expected, with little traffic and nearly no wait time between buses.

At the base, we quickly found the start with some help, and started our trek.

I’ve read about the Grind, and everything you see online is exactly correct. It’s a long ass staircase up a mountain. One thing to note, is that people mention it’s often busy on a weekend. Which makes a lot of sense! Except, this weekend, it wasn’t. Probably due to the rain from the previous day, and the complete overcast and fog, there’d really be no views at the top. That meant we had a pretty quiet day overall, compared to some of the videos I’ve seen. 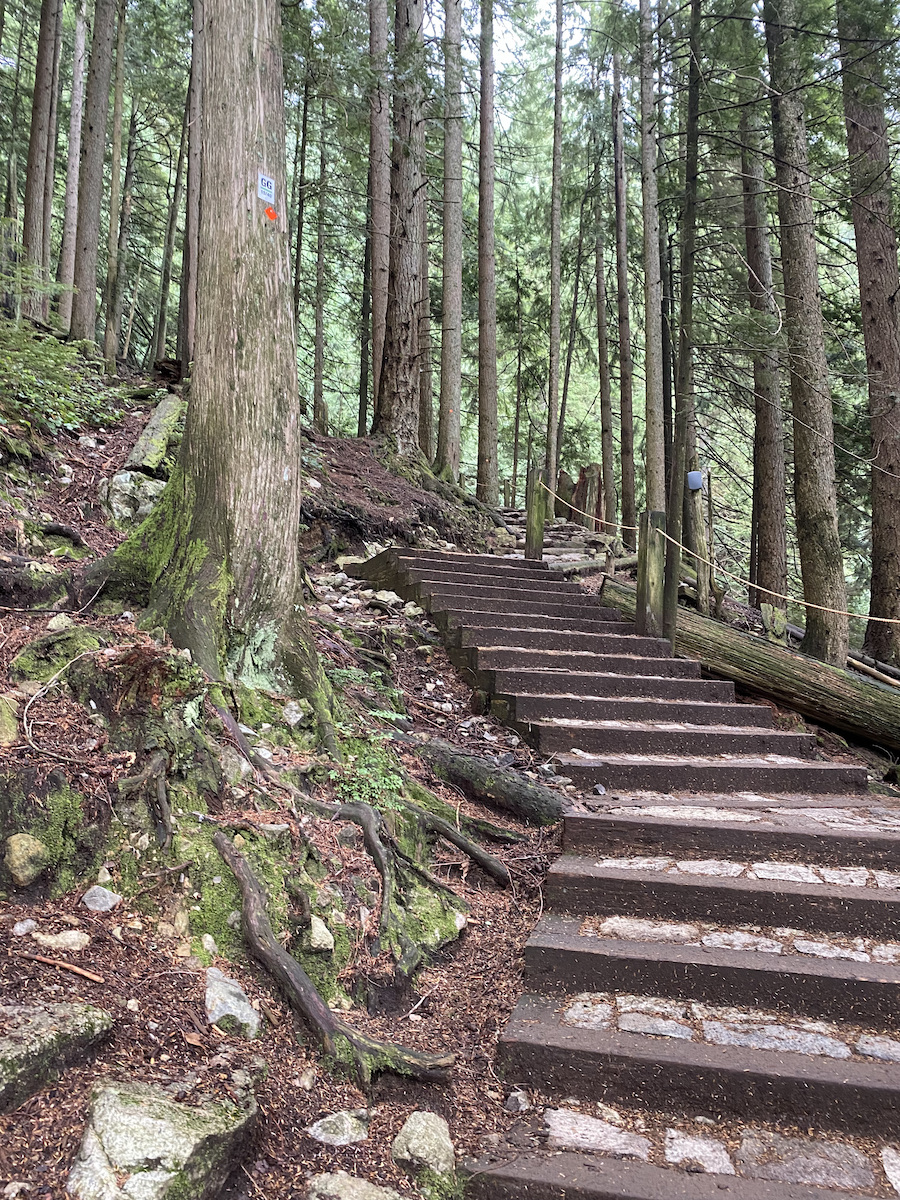 Some of the stairs of the Grouse Grind

When it’s quiet, and a little wet, the hike is beautiful. The moss on the rocks shines a deep green and the brown wood of the stairs is saturated with water, making them dark and textured.

After 1 hour, 20 minutes and 31 seconds, we reached the top! We rewarded ourselves with some food, and a couple souvenirs. I bought myself a pair of running shorts that feature The Grind logo, as well as a sticker depicting some of the stairs.

Unfortunately, with the overcast and fog, there really wasn’t much to see! Which is fine, I’ve been on top of Grouse before, I wasn’t missing too much. 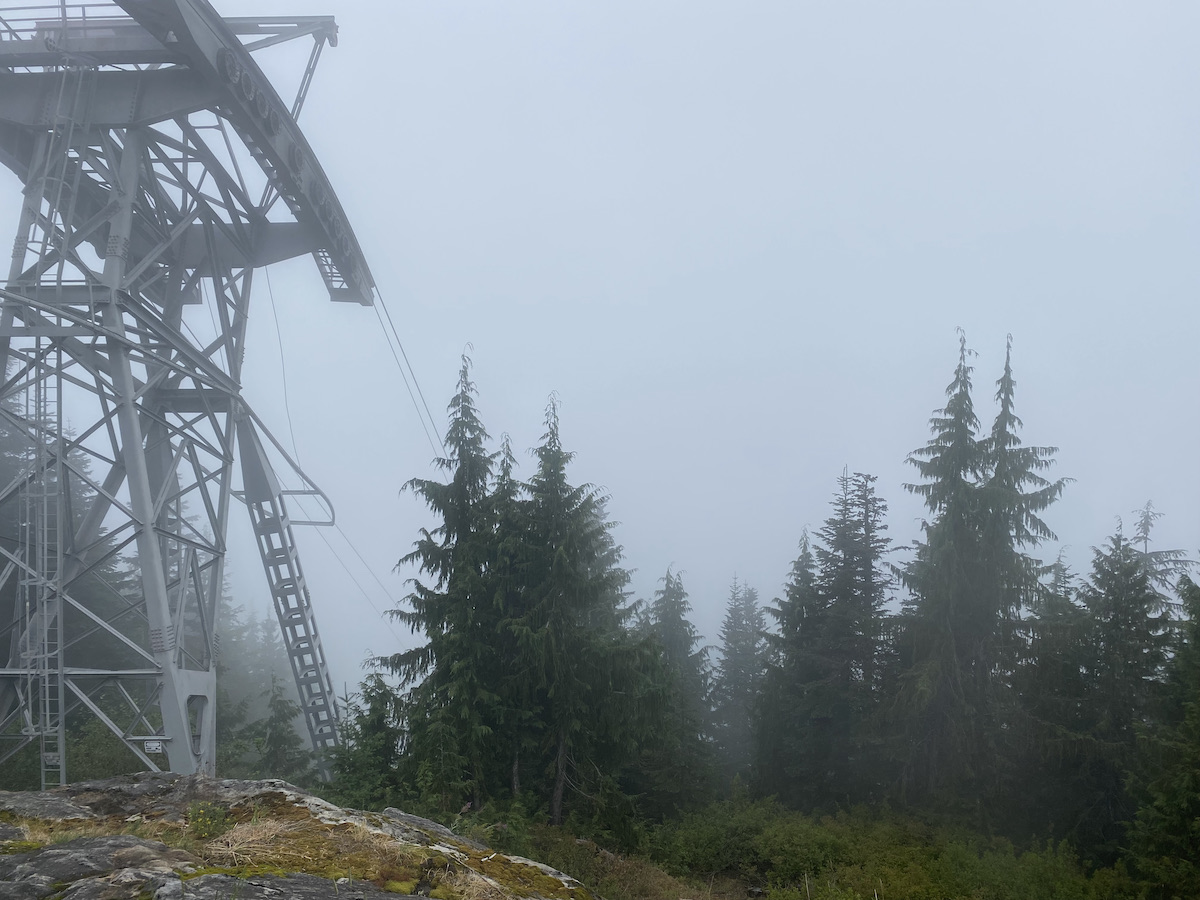 Foggy view taken at the top of Grouse Mountain

From there, we roamed around the Grouse Mountain resort, visiting Grinder and Coola, the resident Grizzlies, and taking in their lumberjack show. At the end of our visit, I went back to guest services at the bottom of the mountain, and bought a Grind Timer card, so I can compete against myself for faster times in the future. I think I’ll likely be back before the end of August to drop my time under an hour, and I’ll keep working on it from there!